I’m going through a busy period: Work, training in lousy winter conditions, stressing about the upcoming race, and studying for my PMP exam. I’m trying desperately to make sure I don’t fall behind in sleep so that I remain functional. I put a lot of pressure on myself with my New Year’s Resolutions and I’m very committed to achieving them. As a result, I don’t have much time for fun.

This winter training season is a real drag. It’s probably the roughest and coldest winter we’ve experienced in recent memory. Training in this cold, windy, chilly, slushy, snowy, icy, dark, frostbitten February weather isn’t fun. In previous seasons we’ve had 2-3 days where the windchill was below -20. But we’ve had consistent WEEKS where it’s been that cold!

This appeared on my Tumblr account, and it really spoke to me.

And the ground conditions are less than ideal. We had the ice storm in December that turned the sidewalks into skating rinks. And since then we’ve had much more snow than usual. It doesn’t take much to ruin traction. Some say that running in sand strengthens you. I wonder how much you get strengthened by running in slush or 3 inches of fresh snow?

And with Disney firmly behind me, the focus of my training is speed rather than junk distance. And with the challenging weather, anaerobic training is even less fun! And despite strong effort, I feel like I’m metaphorically spinning my tires in the snow and slush.

The cold has been keeping away my clinic members too. Some days only one or two come to run. That’s a little discouraging. It’s more fun to run with many others, but at least I’m not the only crazy one.

My little motivation board has actually caused me some stress. It’s one of the last things I see before I sleep, and one of the first things I see when I wake up. I don’t really have a sanctuary to be away from intensity and business.

But, there’s one line in one of the motivational cutouts that spoke to me: Reward yourself. It caught me off-guard. I am so focused productivity and achievement I’ve almost lost to the notion of why I’m doing this at all.

I guess I’ll start making a list of rewards and things I’d like to do when I have a bit more time in March! 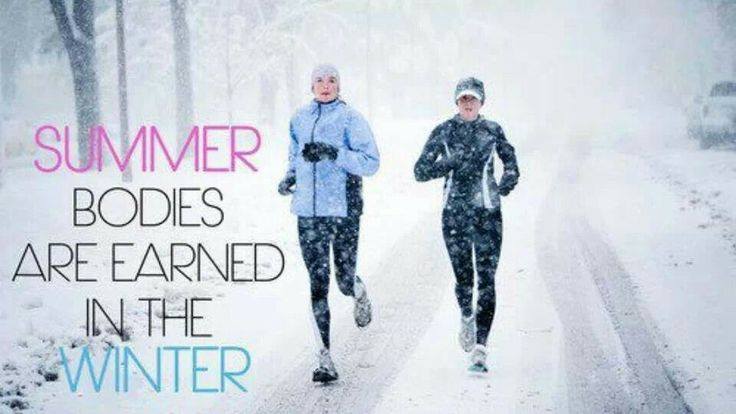 I just gotta keep reminding myself of this mantra…
Comments closed